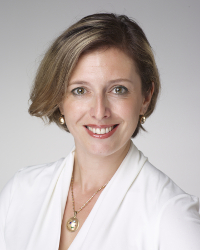 Boyle leads strategic business relationships with over 140 partners in 65 countries in 40 languages, with an estimated retail sales value of $235m.

Boyle, who is fluent in English, Russian and Armenian, has a 18-year career in publishing and international business development. Before joining National Geographic, she worked for Macmillan Publishing, where she launched a joint venture with a local publishing house in Armenia, served on a World Bank project to publish English-language textbooks and expanded Macmillan's offerings in the South Caucasus and Central Asia. She also worked as a reporter for Ukraine's largest English-language newspaper, the Kyiv Post, and oversaw the rebranding and launch of a popular women's weekly magazine targeting Ukraine's growing market of professional women, as its publisher.

Boyle holds a master's degree in public affairs with a concentration in comparative and international affairs from Indiana University, Bloomington. She has a bachelor's degree in English language and U.S./U.K. studies.