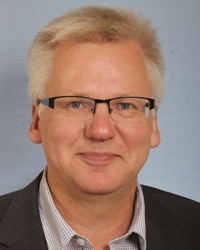 Wolfgang Zehrt is a serial entrepreneur in the digital media industry and an international consultant for automated content projects ("robot journalism"). He found one of the first digital media agencies in 1994, helping major German publishing houses to develop digital content. In 2003 he sold the company to a subsidiary of NYSE-Euronext and was appointed as board member. Today it is a business unit of Reuters. Wolfgang also worked also as Head of the News of one of the largest German private radio stations, hosted an online-TV show from New York for AOL, Spiegel Online and Stern and reported as a journalist for Stern, Zeit and ARD covering German neo-nazis and the Middle East. In 2010 he became a board member of a German news agency (DAPD) and later founded two companies for automated text generation. He currently works with 5 of 6 global "robot journalism" companies to help find the custom solutions for media outlets. Learn more at www.roboterjournalismus.com Sign up for DIS2020
< back to overview
become a speaker
learn more about dis