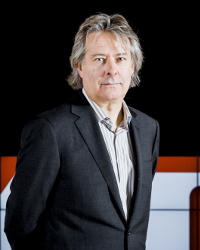 Torry Pedersen is CEO/Editor in Chief of Verdens Gang AS, Norway's most read news-site/newspaper.

Pedersen is 57 years old and was educated at the Norwegian School of Management (former Bedriftsøkonomisk Institutt), Oslo 1979 and he holds a Bachelor degree in Business Administration. He has been awarded the "Chief Editor of the Year Award" in Norway, and during his time as Editor in Chief and CEO, Verdens Gangs has won several prices.

About Verdens Gang AS

VGs news-sites on desktop, mobile, tablet and traditional paper, has coverage of nearly 2, 4 million daily readers, and VGs is among the most profitable news organisations in Europe.

In Scandinavia, our media houses such as VG, Aftenposten, Bergens Tidende, Aftonbladet and Svenska Dagbladet keep people informed and updated on important issues in society. Our digital marketplaces such as Finn.no, Blocket.se and Leboncoin.fr help people buy and sell new and old things. In addition, our growth companies such as Shpock, Let's Deal and Compricer provide our users with popular, digital consumer services that make their everyday life a bit easier. Together, this fulfills Schibsted Media Group's mission of  'Empowering people in their daily life'.