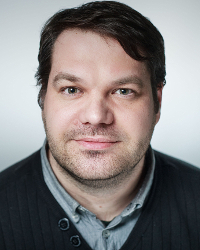 Executive Board Member and Head of Online Activities
Dennik N

Tomáš Bella is co-founder and web director of "Denník N" (dennikn.sk), independent Slovak daily newspaper. Before, he was editor-in-chief of the largest provider of Slovak web journalism; sme.sk and co-founder and first CEO of Piano, company offering publishers paywall software. He was listed among the world's 50 leading innovators in journalism and media won several journalism prizes, recently the Slovak Best Reportage award for his coverage of European refugee crisis.

Denník N (Daily N) is a Slovak online (dennikn.sk) and print daily newspaper that is supported mostly by online subscriptions, with editorial focus on high quality long-form journalism: reportages, interviews, analyses. Editorial policies are entirely controlled by its own journalists, who own 49% of the shares of the company.

Denník N was founded in 2014 by journalists of the most popular Slovak broadsheet newspaper who left the paper in protest at the acquisition of a significant portion of the company by local oligarchs connected with major corruption scandals.