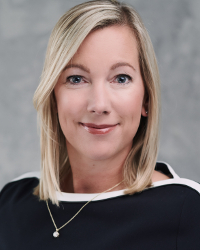 Dr. Stephanie Caspar studied business administration at the University of Lüneburg. She began her career as a business consultant at McKinsey, followed by various roles at Ebay, Director Strategy among others, and an engagement at Immobilienscout24 as member of the Managing Board. In 2009, she founded digital retailer Mirapodo together with the Otto Group and acted as the company’s CEO. Dr. Caspar joined Axel Springer in 2013. While she initially served as Managing Director of WELT Group, her responsibilities expanded over the course of the following years. In March 2018 Dr. Caspar was appointed member of the Executive Board. In her capacity as President News Media National & Technology she is responsible for Axel Springer’s company-wide technology and data strategy as well as Axel Springer’s media brands in Germany (News Media National), including advertising sales, distribution and printing business. She also has assumed presidency on board level for Idealo.

Axel Springer SE is the leading digital publisher in Europe. Axel Springer SE is not only market leader in the German print business, but as a result of consistent internationalization and digitization also active in more than 40 countries through subsidiaries, joint ventures and licenses. Its digital media activities contribute more than 80 percent to adjusted group EBITDA. The company’s offers within the News Media segment include a broad portfolio of successfully established brands such as BILD and WELT Group in Germany or Business Insider in the USA. In addition, Axel Springer SE operates one of the world's largest portfolios of digital classifieds.