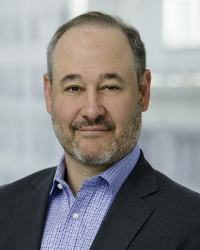 Prior to joining Bloomberg, Scott served as SVP of Digital at Time Inc. where he drove the development of digital product and strategy for its news, sports and entertainment brands and oversaw traffic growth by nearly 50%. Previously, he was President of The Atlantic, where he played a key role in the successful digital transformation of the flagship magazine into a profitable, multi-platform media company. He was pivotal in the digital launches of The Atlantic Wire, CityLab and Quartz.

Scott is a graduate of Hamilton College and he received an MBA in finance from NYU's Stern School of Business.

Bloomberg Media is the leading global business and financial media company reaching a premium audience of more than 80 million consumers. With over 2,700 journalists and analysts across 120 countries, Bloomberg Media connects influential audiences to news, ideas and intelligence across every platform: digital, TV, radio, print and live events.