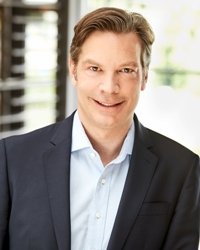 Robert Bosch was born in Munich in 1972. After studying Business Administration at the European Business School International, he worked as a corporate consultant for a number of years. In 2001 he joined Axel Springer in Berlin, where he spent ten years in various functions in the Digital and Sales division at the new joint venture "Bild T-Online.de." The company's portfolio included more than 70 different newspapers, magazines and digital brands. After a decade at the publisher, Robert Bosch moved to Groupon before working in a number of senior management roles at Google Germany in Hamburg. After almost two years in that role, Robert Bosch joined Sociomantic Labs in Berlin, where he was responsible for the ad-tech company's global sales activities in his function as Chief Sales Officer. Effective February 1, 2016, Robert Bosch became Chief Marketing Officer (CMO) at Ströer. In this role he has overall responsibility for the company's national marketing business.

Ströer SE & Co. KGaA is a leading digital multi-channel media company and offers advertising customers individualized and fully integrated premium communications solutions. In the field of digital media, Ströer is setting forward-looking standards for innovation and quality in Europe and is opening up new opportunities for targeted customer contact for its advertisers.

The Ströer Group commercializes and operates several thousand websites in German-speaking countries in particular and operates approximately 300,000 advertising media in the out-of-home segment. It has approximately 4,100 employees at over 70 locations. In Fiscal Year 2015, Ströer SE generated revenue of EUR 824m. Ströer SE & Co. KGaA is listed in Deutsche Börse's MDAX.

For more information on the company, please visit www.stroeer.com.