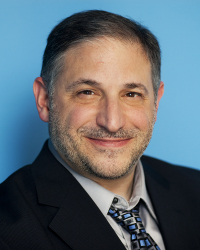 Mark Stencel is co-director of the Duke Reporters' Lab and a journalism instructor at Duke University's DeWitt Wallace Center for Media & Democracy in Durham, North Carolina. He studies the impact of political fact-checking in journalism around the world and coordinates research on new technologies that automate and accelerate the fact-checkers' reporting process. He previously was managing editor for digital news at National Public Radio (NPR) and held senior editing and leadership positions at The Washington Post and Congressional Quarterly. As a reporter, he covered science and technology in the Raleigh-Durham area for The News & Observer, one of the U.S. newspaper industry's pioneering online publishers. He began his career as an assistant to Washington Post political columnist David S. Broder, an early champion of political fact-checking. In addition to his consulting work for news media clients, he is the author of an American Press Institute report on fact-checking in U.S. politics (http://bit.ly/factcheckthis) and the co-author of studies on the news industry's digital evolution for Reporters' Lab (http://goatmustbefed.com) and CUNY's Tow-Knight Center for Entrepreneurial Journalism (http://bit.ly/news-superpowers). He graduated from the University of Virginia with a degree in Soviet studies -- but that was the year before the Soviet Union ceased to exist, so his credentials as a media "futurist" should be considered with journalistic skepticism. Sign up for DIS2020
< back to overview
become a speaker
learn more about dis