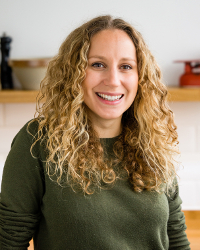 Laura Rowe has been a journalist in the UK for more than a decade. After starting in local publishing, where she was eventually to edit five freemium lifestyle magazines, she moved on to specialise in food. Since then she's written for the Guardian and lovefood.com, among others, and edited local food magazine Crumbs, which was named the Guild of Food Writers Food Magazine of the Year during her tenure. She's also worked behind the scenes writing, editing, testing and styling numerous best-selling cookery books. Most recently, though, she's authored the internationally acclaimed Taste: the Infographic Book of Food and is currently editor of national consumer food brand, olive. In 2017, she was a shortlisted food and drink editor of the year by the BSME and was named a FIPP Rising Star. Laura lives in London, has a phobia of baked beans and is addicted to gin. Twitter and Instagram: @lauraroweeats

Immediate Media Co is the special interest content and platform company. This fast-growing, multi-platform media business is home to more than 1,300 people across eight divisions. It owns and operates some of the best-loved brands in the UK, including olive, focussing on special interest markets, engaging more than 22 million passionate consumers each month, offering them world-class content and innovative new products and services – including ecommerce and TV shopping.

Immediate operates 75 consumer brands. It sells more than 76 million magazines each year and engages 35 million unique users every month. With 1.3 million active subscribers, its audiences are affluent and loyal to their favourite brands. And with 90+ licensed editions globally, the universal appeal of Immediate’s content and brands make it one of the largest licensors of magazine media brands in Europe.