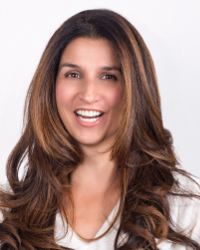 Jessica Rovello is the CEO and co-founder of Arkadium, which provides interactive content to the world's most well-known brands and publishers, including CNN, Comcast, Microsoft, The Washington Post and USA Today. Founded in 2001, Arkadium has developed more than 300 mobile and online games, including Microsoft Solitaire Collection, one of the most played games of all time.  Arkadium's games have been played over 10 billion times in over 100 countries.
Jessica is the winner of the American Business Award for Executive of the Year, the Stevie Award for Entrepreneur of Year, was named one of SmartCEO's Future 50 and is a Crain's New York "40 Under 40" winner.

In 2016 Jess was featured on the cover of Inc. magazine when Arkadium was named its first ever "Best Workplace."

Jess is a graduate of Wellesley College and resides in New York with her husband Kenny and their three children.