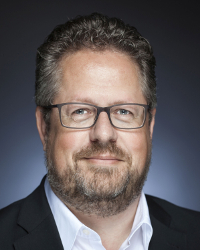 Jesper Doub was born on 4.3.1970 in Aarhus, Denmark. After studying industrial engineering in Hamburg, Jesper Doub began his professional career in 1998 as Project Manager IT and in the Business Development of electronic media at Axel Springer Verlag. Subsequently, he worked for several years in the management of a multimedia agency. In 2002, Doub joined the Bauer Media Group, where he held various executive positions in publishing and editing. From 2005 to 2010 he was in charge of IT as Managing Director of Bauer Systems. At the end of 2010, he became Chief Information Officer (CIO) of the media group M. DuMont Schauberg and Managing Director of DuMont Systems. Jesper Doub joined the SPIEGEL Group in the fall of 2014 as CTO and Head of IT. Since August 2015 he is publishing director of SPIEGEL-Verlag. In addition, he is managing director of SPIEGEL ONLINE.

Der Spiegel is Germany's most important and Europe's highest-circulation news magazine. It is politically independent, committed to no one - except to itself and its readers - and is not close to any party or economic grouping. The topics of the SPIEGEL range from politics to business and science, medicine and technology, culture and entertainment to media, society and sport. The news magazine is characterized by thorough research and reliable quality and stands for investigative journalism in Germany.

SPIEGEL ONLINE (www.spiegel.de) is a leading news site in the German-speaking Internet: fast, up-to-date, precise, in-depth and entertaining. Around the clock, the 160-strong editorial team, which has been awarded many prizes by journalists, delivers news, analyses, interviews, reports, commentaries, videos and photos - available free of charge on desktops, on smartphones, tablets and smart TVs.