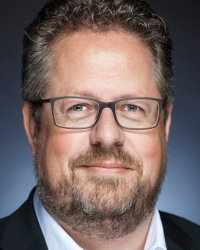 Was born on 4.3.1970 in Aarhus, Denmark. After studying industrial engineering in Hamburg, Jesper Doub began his professional career in 1998 as project manager IT and in the business development of electronic media at Axel Springer Verlag. He then spent several years working in the management of a multimedia agency.

In 2002, Doub joined the Bauer Media Group, where he held various executive positions in publishing and editing. From 2005 to 2010, he was responsible for IT as Managing Director of Bauer Systems. At the end of 2010, he became Chief Information Officer (CIO) of the media group M. DuMont Schauberg and Managing Director of DuMont Systems.

Jesper Doub joined the SPIEGEL Group in the fall of 2014 as CTO and was appointed Managing Director of SPIEGEL ONLINE and SPIEGEL TV in 2015.

Since November 2018, he has been responsible for working with media partners on Facebook as Director News Partnerships for Europe, Africa and the Middle East.