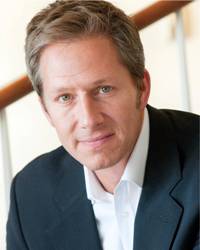 Jay Lauf is Publisher of Quartz and SVP of Atlantic Media. In his role, he oversees Quartz's business operations and acts as a senior advisor to Atlantic Media on corporate initiatives.

Lauf assumed the role at Quartz when the digital, global, business news publication launched in September 2012. Under Lauf, Quartz's innovative advertising has garnered awards and honors from Digiday, AdWeek, the Headliner awards, Deadline Club and more.

Prior to his role at Quartz, Lauf led The Atlantic's revitalization as its Publisher. Under his direction, the publication attained its first profit in decades and transitioned The Atlantic to a "digital-first" brand earning the label from Ad Age: "an ultra-modern, multi-platform juggernaut".

Quartz is a guide to the new global economy for business professionals excited by change. Since its launch in late 2012, it has grown to a readership of 20 million monthly unique visitors around the world, with a median reader age of 41 and reader demographic over-indexing for high household income, business decision makers, tech, finance, and long-haul travel. Quartz has been a leader in mobile native web design, bespoke high-value advertising formats, email newsletters, smartphone apps, social video, data and visualization, format-agnostic digital journalism, talent development, and international readership. Our journalists speak about 35 different languages and have reported from 115 countries. We're on Facebook, Twitter, Instagram, and publish daily to Snapchat at quartznews.