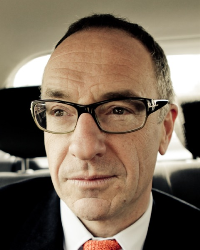 Jamie Pallot is a co-founder, with Nonny de la Peña, of Emblematic Group, pioneering producers of virtual reality content. He was formerly Editorial Director of Condé Nast Digital, where he won a National Magazine Award for General Excellence, overseeing web sites including Style.com and Epicurious and launching the company's first IOS apps. Pallot has led major digital initiatives at Time Inc., Microsoft, and NewsCorp, as well as editing The Virgin Film Guide in the U.K. He is a former Contributing Editor at Vanity Fair and has written for The Wall Street Journal, the Financial Times Magazine, and Harper's Bazaar.

Emblematic Group is one of the world's leading producers of immersive virtual reality content. The company's work has been shown at the Sundance, Tribeca, and SXSW festivals; the World Economic Forum in Davos; the Victoria & Albert Museum in London; the Moscow Museum of Modern Art; and TEDWomen. Clients and partners have included Standard Chartered Bank, Cartier, The Wall Street Journal, the New York Times, and Google.

Company founder Nonny de la Peña has been named the "Godmother of Virtual Reality" by the Guardian and is a frequent speaker at international conferences and events. She was named a Yale Poynter Media Fellow in 2016.