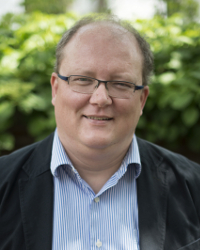 As a researcher at University of Oxford (UK) and Harvard Business School (USA), Grzegorz Piechota studies technology-enabled disruption patterns across industries, including news media. His research work at the HBS focuses on digital business model innovations. His project at Oxford's Reuters Institute for the Study of Journalism examines the impact of digital platforms on paid content models of news organisations. Piechota is an editor and news media executive with 20+ years of industry experience. He began his career at Poland's Gazeta Wyborcza in 1996 as a reporter in one of the smallest local offices rising to a news editor and a vice-president of Agora Foundation. His recently published research reports include "Evaluating Distributed Content in the News Media Ecosystem” (INMA, April 2016), "The Facebook-Media Relationship Status: It's Complicated" (INMA, October 2016), and “Reality check: making money with Facebook. The digital business strategy of news publishers” (WAN-IFRA, September 2017). Piechota graduated in law and lives in England.

About Harvard Business School and Reuters Institute, University of Oxford

The Reuters Institute for the Study of Journalism is a globally focused research centre at the University of Oxford. It tracks the world's media, its trends, developments and forecasts. It connects relevant and engaging academic research with journalistic practice, linking rigorous analysis with practical experience. Established in 2006, the Institute is based at the Department of Politics and International Relations at the University of Oxford.