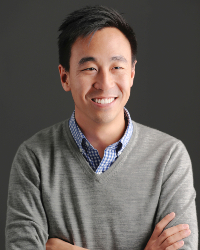 Gary Liu is CEO of the South China Morning Post, a leading news media company that has reported on China and Asia for more than a century with global impact. Founded in 1903, SCMP is headquartered in Hong Kong, where it is the city's newspaper of record. Along with its flagship news products, SCMP is also Asia's leading magazine publisher with a portfolio of premium lifestyle and fashion titles including Cosmopolitan, ELLE, Esquire, Harper’s BAZAAR & The PEAK. Prior to joining SCMP in January 2017, Gary was CEO of Digg, spearheading the New York startup's transformation from aggregator to a data-driven news platform. Gary also previously worked at Spotify, AOL and Google. Born in the United States, Gary grew up in Taiwan and New Zealand, before returning to the American Northeast where he lived and worked for 20 years. Gary is an Economics graduate from Harvard University.

First published in 1903, the newspaper has developed an enviable reputation for authoritative, influential and independent reporting on Hong Kong, China and the rest of Asia. Available in print, mobile, tablets and online through scmp.com and e-reader editions, the South China Morning Post reaches a global audience with daily breaking news, analysis and opinion, multimedia articles and interactive forums. The South China Morning Post received 200 awards in 2016-17 for excellence in editorial, marketing and technical capabilities. Other titles in the company include the Sunday Morning Post, STYLE and The PEAK.