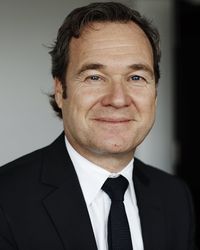 Frank Dopheide was born on 29 July 1963 in Marl, Germany. He studied sports with a focus on journalism on the famous German university "Deutsche Sporthochschule Cologne". After his studies he started his career as copywriter for the well-known German companies Spiess, Ermisch and Abel before he became Creative Director for the accredited advertising agencies Grey, BMZ and Red Cell. In 2005 he returned as Chairman to Grey and developed the agency in this time to the top ten rated creative agencies in Germany. His work was crowned by success when Grey won its first "Golden Lion" in Cannes for a successful commercial. 2011 Frank Dopheide founded his own company "Deutsche Markenarbeit" which focuses on managers as an own brand. In addition to these activities Frank Dopheide became Chairman for the accredited advertising agency Scholz & Friends in Düsseldorf and advisory council in several companies. In 2014 the German publishing house Handelsblatt became majority shareholder at the Deutsche Markenarbeit and Frank Dopheide started his successful work as Managing Director for the leading economical newspaper. Furthermore Frank Dopheide wrote a children's book "Die Strahler", which describes the adventures of seriously ill children in a hospital and was dignified with the Red Dot Design Award in 2010.