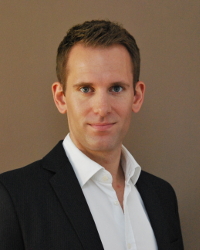 Dominik is the Chief Innovation Officer of the Ebner Media Group, he leads the transformation of the entire company together with CEO Gerrit Klein and COO Martin Metzger. In Germany the company was the first publisher to introduce the transaction editor role while having implemented a far-reaching portfolio of disruptive technologies and strategies such as realtime content-to-commerce algorithms. From 2011 to 2015 Dominik served as Ebner's international managing director in New York with a focus on transforming the formerly local publishing unit into a global multi-platform powerhouse. Before joining Ebner he was an online director at IDG, the world's no. 1 tech media company. There he led the digital b2c business in Germany with a portfolio of some of the country's largest tech websites. Prior to IDG Dominik was an editor-in-chief for content marketing at Burda, a top 5 media company in Germany, where he also began his career as a trainee and news editor. Dominik has been active on the internet since the early 1990s, he worked as an IT admin during high school and college.

Ebner is a 200-year old privately held German media company with 80+ magazines and 40+ websites that reach an audience of 10 million readers in 11 countries. Ebner publishes large B2C, niche titles and B2B media, the Ebner events are attended by more than 10,000 guests each year. In 2015 Ebner sold 200,000 items across all e-commerce stores.