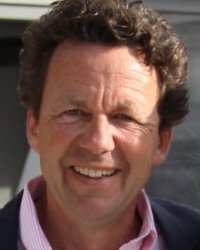 Christoph is actively shaping the digital ecosystem for more than 15 years in several roles such as co-founder, digital portfolio manager and member of supervisory boards.

After starting his career for Bertelsmann and Burda, he co-founded the digital media company Tomorrow Internet AG in 1999 and did the IPO in the same year.

From 2001 until 2015, Christoph was member of the Executive Board of TOMORROW FOCUS AG, a leading internet portfolio company listed at the German Stock Market. He took board responsibility for different subsidiaries in digital publishing, advertising and transaction businesses.

Since 2016, Christoph works as Functional Board Member for LAKESTAR, Venture Capital, in Berlin. He also acts as Senior Advisor for the Investment Bank Altium Capital, Frankfurt and as business angel, investor and consultant.

Lakestar is one of the leading venture capital investors in Europe.

The VC invests in Internet and technology companies, searching for business models that can quickly achieve global scale. The team realizes early and growth stage investments in disruptive, technology-enabled businesses predominantly in Europe and the United States driven by exceptional entrepreneurs.

The Lakestar team is based in Berlin, London and Zurich.