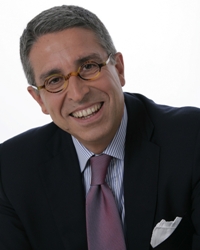 In 1989, he started his career as a consultant at Arthur Andersen and then worked as a project manager at Rhône-Poulenc Pharma in Indonesia.

In 1990, he joined Figaro as Executive Director.

In 1995, as a member of the founding team of the Emap group in France, he headed Télé Poche and Studio Magazine, managed the acquisition of Télé Star and Télé Star Jeux, and started up the Emap Star Division, before becoming Chief Executive Officer of Emap France in 1998.

In 1999, he was appointed Chairman and Chief Executive Officer of Emap France, and, in 2000, joined the Executive Board of Emap Plc. He has led several M&A deals, and concomitantly, from 2000 to 2005, served as Chairman of EMW, the Emap/Wanadoo digital subsidiary.

In August 2006, he was appointed Chairman and Chief Executive Officer of Editions Mondadori France. In June 2007, he became General Head of all digital business for the Mondadori group.

In April 2009, Mr. Puyfontaine joined the US HEARST media group as Chief Executive Officer of its UK subsidiary, Hearst UK. In 2011, on behalf of the Hearst group, he led the acquisition of 102 magazines from the Lagardère group published abroad, and, in June 2011, was appointed Executive Vice President of Hearst Magazines International. In May 2012, he joined the Board of Directors of Schibsted. Then, in August 2013, he was appointed Managing Director of Western Europe. He is Vice-Chairman of the Management Board of Telecom Italia, Chairman of the Supervisory Board of Universal Music France, Non-Executive Chairman at Gloo Networks and Chairman of the French-American Foundation.

From January to June, 2014, Mr. Puyfontaine was a member of Vivendi's Management Board and Senior Executive Vice President in charge of its media and content operations. Since June 24, 2014, he has been Chief Executive Officer.

Vivendi is an integrated media and content group. The company operates businesses throughout the media value chain, from talent discovery to the creation, production and distribution of content.

Universal Music Group is the world leader in recorded music, music publishing and merchandising, with more than 50 labels covering all genres.
Canal+ is the leading pay-TV operator in France, and also serves markets in Africa, Poland and Vietnam. Canal+ operations include Studiocanal, a leading European player in production, sales and distribution of film and TV series.
Vivendi Village brings together Vivendi Ticketing (ticketing in the UK, the U.S and France), MyBestPro (experts counseling), Watchever (SVoD), Radionomy (digital radio), the Paris-based venue L'Olympia and the Theatre de l'Oeuvre in Paris, the CanalOlympia venues in Africa and Olympia Production.
With 3.5 billion videos viewed each month, Dailymotion is one of the biggest video content aggregation and distribution platforms in the world.
Gameloft is a worldwide leading video games on mobile, with 2 million games downloaded per day.