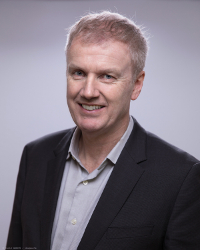 Following a degree in Marketing, Andy started his career at Anglia Television, now part of the UK British commercial network ITV. After moving to London he joined BMRB, now part of WPP; where responsibilities included the international expansion of the company's single-source consumer TGI survey into Europe and Latin America, an initiative which led to the formation of the KMR Group and his subsequent appointment as CEO in 2001.

After the acquisition of TNS in 2008 and a number of high-profile acquisitions and strategic partnerships in North America, Latin America and Asia, Andy formed the board of Kantar Media and was named CEO, a position he has held since 2013. He is also part of the Kantar Operating Board and WPP Digital Advisory Group.

Kantar Media is a global leader in connected intelligence. Our data and insights provide clients with an holistic understanding of the changing media landscape.  Our global coverage and local expertise enable clients to better understand media audiences and their relationships with brands to optimise investment.