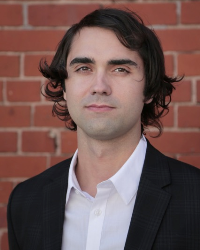 Alan Saura is an Audience Development Strategist at AJ+, Al Jazeera's digital-only offshoot. Alan has been with AJ+ since its launch, and has developed audience growth initiatives that have helped AJ+ become one of the most-viewed video publishers on Facebook. In his role at AJ+, Alan has overseen digital strategy, worked with producers to optimize content for specific social networks, and created partnerships with some of the world's top brands and publishers.

AJ+ is Al Jazeera's digital-only offshoot, launched in September 2014 to build a new kind of media outlet for people who don't watch traditional news networks on TV. In a big bet on distributed content, AJ+ traded a website for an editorial strategy centered on building audiences directly on Facebook, YouTube, Twitter, Instagram, Medium, and other social platforms by creating custom content for each social network. AJ+ became one of the biggest video publishers on Facebook by creating custom videos optimized for the emerging video platform. Through the creation of brief, informative, compelling videos that use the eye candy of motion with concisely written captions that efficiently and effectively inform their audience, AJ+ videos have been watched more than 7 billion times in the two years since its launch. In 2016 AJ+ won two Webby Awards for Best News Channel and Best News Series, a Shorty Award for Best Facebook Presence and the Online News Association award for General Excellence in Journalism.