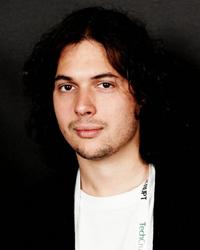 Agustino Fontevecchia is Editorial Perfil's digital director, in charge of all things related to content, tech, and sales. As a journalist, Agustino spent five years in different newsroom jobs at Forbes in New York, where he was part of the high-paced markets team and the marquee wealth and lists team. While covering international affairs for Perfil, Agustino earned degrees at NYU and Columbia, focusing on philosophy, economics, and sociology.

Over the past 40 years, Perfil has managed to break through as the country's largest magazine publisher, establishing the highest circulation newsmagazine in the Spanish language (Noticias), and the most successful celebrity title in Argentina and Brazil (Caras). Perfil, which counts with publications in Argentina, Brazil, Chile, Uruguay, Portugal, Angola, and China, also publishes the influential Diario Perfil, a bi-weekly print newspaper launched in the XXI century. One of Latin America's largest media groups, Perfil is now betting on radio and digital TV after winning two open air licenses in the aftermath of a legal battle with the previous government.