One organisation that has created a very successful paid content model is Condé Nast’s iconic magazine brand The New Yorker. Here Henry Finder talks about the power of premium content, the potential of video and podcasts, and the mechanics behind one of US media’s most successful paywalls. 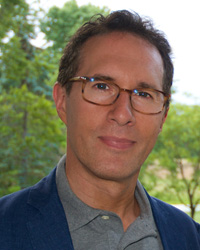 Paywalls are once again in the news, and the debate about how effective they are continues to rage on. For while The Guardian is rumoured to be considering creating one to offset its losses, Newsweek has pulled the plug on its paywall saying it wants more readers to experience its content.

One organisation that has created a very successful paid content model is Condé Nast’s iconic magazine brand The New Yorker. However, as editorial director Henry Finder explains, one of the reasons for its success is the fact that the company suspended it for a while and learnt some key lessons from the process.

Here, Finder, who will be presenting at the Digital Innovators’ Summit (20-22 March), talks to Ashley Norris about the power of premium content, the potential of video and podcasts, and the mechanics behind one of US media’s most successful paywalls.

What was the rationale behind instituting the paywall in the first place?  How did it work? How successful was it?

The basic rule is that revenue from online advertising has been soft or declining. The number of advertisers is more or less constant; the supply expands indefinitely. So prices go down. If you’re a media company, you want another revenue stream. In our case, we have a devoted community of readers who are willing to pay. What’s more, when you’re just in the advertising business, all your incentives are to publish slideshows and click bait. When you’ve got a subscription model, your editorial incentives are to publish better stories, because quality counts. And the success has been clear - online subscribers have doubled in number.

When the paywall came down - did you then aggressively market your content or did people find it organically?

For some years, we’d had a system where some of the content was behind the counter and some of it was freely available. The online-only material was free; about three-quarters of the magazine’s print content was locked. Subscriber only. Then, for three months, everything was freely available. After that came the metered paygate. We’ve done almost no paid marketing. We do social media marketing on Facebook and Twitter, of course.

We used those three months to teach people that they could find the entire magazine online before we introduced the meter. But we didn’t see a startlingly different pattern of usage. The issue was how to set the paygate meter. Do you allow browsers to read twenty pieces a month, or two? The analytics and our quantitative models suggested a trade-off between advertising and subscription revenue. Set the meter to eight, and you get more page views, monetisable via advertising, but you dampen subscriptions, ultimately the greater concern. Set the meter to two, and you kill ads and maximise subscriptions. Which was tempting - but it seemed hostile. So, balancing the model and our intuitions, we set it at six, and kept it there. Most people don’t hit it. Those who do hit it tend to be willing to pay—and they’ll often pay before they hit it, because they’re aware of a limit. And there are pressures not to be too stingy with the meter allowance. Writers want to be read; we want politicians and other influential people to read The New Yorker. We want to make the world better, and, naturally, reading The New Yorker has always seemed to us a good start.

Why do you think you saw so many new subscribers when the paywall was re-erected?

There was a certain amount of press. But basically, people felt they needed to subscribe. We like to think we put out a great magazine, and feature really worthwhile posts. But it’s worth emphasising that only about half of people who subscribed online did so because they hit the paywall. The other half saw the consumer marketing promotion, the CM unit that says “Subscribe” and, given an ambient sense of constraint, they did so. They know we have a paygate even if they don’t know exactly how it works.

What can other publishers - who are maybe considering paywalls - learn from your experience? Or do you think that the nature of your content is such that it is too unique to have any real parallels with other publications?

Have good content that you can charge for. Metered paygates really do work when you’ve got material worth paying for. We saw a net increase in traffic once we set up the paygate, and part of this has to do with the fact that what we published - including the entirely of the magazine - elevated the quality of what was on offer. Quantity increased from 2013 to 2014. But from 2014 to 2015, we actually decreased quantity while increasing quality, using more staff writers, more print content. Though quantity was down, traffic was up. Because quality matters.

Do you think that the memberships schemes, employed by The Guardian and others - ever generate significant income?

I don’t know. But for various reasons, what might work in Britain would not necessarily work in the United States.

How important are podcasts and video to the future of The New Yorker? How do you intend to monetise these?

Video reaps relatively high advertising CPMs - right now we’re mainly talking about pre-roll ads - and so we don’t count video views against the paygate. We get all the ad revenue if the videos are viewed on our site. If they’re viewed elsewhere, like AOL or Yahoo, we get a revenue share. With podcasts, ads are typically embedded in the beginning and in the middle. In partnership with WNYC - with whom we do “The New Yorker Radio Hour” - we’ve been able to embed ads in our old postcasts, in an updateable way. Eighteen months ago, by the way, we had no podcast advertising at all. Like videos, podcasts aren’t metered. But then most people listen to our podcasts on a separate platform, iTunes.

One challenge, related to this, is that you can only control your paygate on your own site, and people increasingly read on other sites - Apple News or the Google AMP platform or Facebook or Flipboard. Instead of linking out to you, as in days of yore, they absorb your content so that customers read it on their platform. We have a policy of participating only if platforms will integrate with our paygate. So we’re not on Facebook Instant Articles. We don’t have faith in a world dominated by digital advertising; we do what we can to get those companies to integrate subscriptions. On Flipboard, for example, you’ve got to log into the Conde Nast Entitlement Engine and show that you’re a subscriber if you’re going to be reading more than the monthly six.

Who else do you think is producing high-quality longform content? Any startups?

The Atavist. Medium. Matter. Byliner. But some surprising online media companies, such as Buzzfeed, have seen the value in investing in long reads, too.

More than 50 speakers and 600+ media executives will be at DIS 2016 - if you haven’t booked for DIS, our standard rate is available until 15 March – find out more here.