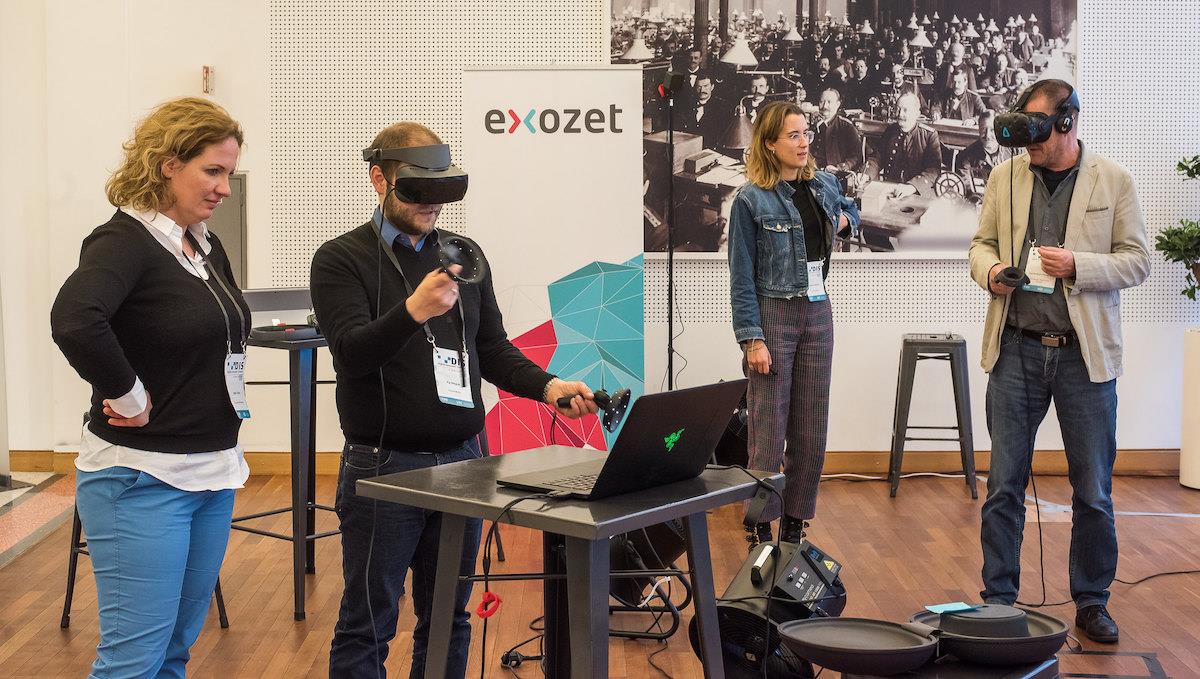 Each year one of the key themes of DIS is how technology has energised magazine publishers in markets across the globe. This year was no different with a quartet of presentations all looking in detail at how digital innovation has helped move companies into new and lucrative directions.

Stories about innovation through blockchain, a key theme of 2018, were a lot lower profile this year. Though one company had a fascinating story to share about how it works with cryptocurrencies. After selling his previous business, Oliver Burlot took over the reins of the print focused Heart Media in 2013. Sensing an opportunity to focus on niche content he created a range of luxury brands including Men’s Folio and WOW, which span both print and digital.

At DIS 2019 Oliver described how he found himself at something of a crossroads. At a series of events organised by his premium brands he noticed the growth of cryptocurrency, especially in countries like Korea and China, and began to wonder how he might engage the newly rich Bitcoin and Ethereum devotees. “It was stupid to look at the all the crypto wealth being created,” said Oliver. “Without doing anything to target the new wealthy tech guys.”

Oliver’s response was to deliver Aditus, a luxury portal to service the so called ‘crypto-affluents’. The concept was twofold: it would offer goods and services for crypto owners, and it also launched the company’s own cryptocurrency – Aditus (ADI).

The company then took the innovative step of organising its own Initial Coin Offering (ICO), which generated US $7million worth of investment.

Powered by blockchain technology Aditus.net enables anyone, anywhere in the globe to transact for premium products using cryptocurrency.

Oliver admits while business in still brisk, for now at least the crypto boom seems to be over. He predicts “when the world has another financial crisis it will become strong again. Should that happen aditus.net will be well placed to drive larger revenues.”

The renaissance of the QR Code

Another technology that has split publishers in the past, is QR codes. In some markets they have failed to capture the imagination of readers, while in others they have enabled smart innovators to come up with new business models. Julia Raphaelly, MD of Associated Media Publishing (AMP) is one of their biggest advocates. She hails from South Africa and at DIS explained to the delegates why QR Codes had been so pivotal to the growth of her business.

Julia kicked off the talk by explaining the limitations of the South African publishing market and how it is a fraction of the size of other markets, such as the UK or Germany. She also added how print has remained stable in the country in spite of recent impressive growth of digital products.

Julia added that until fairly recently she had monetised her stable of magazines - which include versions of Cosmopolitan and Good Housekeeping - through traditional ad-based systems. However she had been inspired by a conversation with a retailer who argued magazine publishing and sales of real world products don’t have much in common.

“That got me thinking and I began to imagine each page as a shop window,” explained Julia “Ultimately it changed my mindset from seeing our customers as readers to seeing them as consumers. I wondered how could we help people to shop and have a better experience when buying things than they had before.”

AMP launched the Ready to Shop platform, which Julia said “features the hottest products curated by the ultimate taste makers.” The platform, which is allied to the print magazines via the use of QR codes, received a major fillip early on when the country’s largest ecommerce company approached Julia and agreed a partnership.

She is so enthused about the way the platform is working that every magazine in AMP’s portfolio now features QR codes.

“Nothing drives innovation like necessity,” concluded Julia, who in the marriage of print and QR Codes has discovered a new way to generate income for AMP, while also introducing thousands of South Africans to online shopping.

Immersive technology is another media buzzword that has been liberally used at DIS in recent years. This year it provided the framework of a presentation by Steve Johnson of SeeBoundless AR.

His presentation ran through the recent history of immersive tech, but with a particular focus on augmented reality (AR). As Steve said towards the end of his talk: “Virtual Reality produces an amazing experience, but it shifts you away from the outside world. The thing about AR is the shared experience. For me that’s much more powerful.”

Steve explained SeeBoundless had been created with a very distinct purpose in mind, namely to work with the media using immersive tech on projects that were largely for the good of society. He added that the company had been founded by journalists who wanted to tell stories.

He acknowledged though that storytelling on its own was not enough. “We are helping to bring new technology into newsrooms and generate new audiences.”

Steve focused the first part of his presentation on a project the company has worked on with the publisher Quartz. Together they created AR driven stories centering around eight different buildings, which in some small way are helping to engineer change in cities.

One of these is Hope Gardens in Ealing, London - a housing project where the shells of the homes are made from shipping containers. Steve explained how they had taken drone footage to create a 3D model for the publishing project, which accompanied the story on the Quartz website.

Steve also referenced other ways AR was being harnessed by the media and public services. For example, the British Museum has made AR versions of some of its major attractions, while the BBC has been experimenting with the format, most notably showing what Palmyra in Syria looked like before and after it suffered severe damage in the ongoing conflict.

Steve concluded his talk by stating “at the same time we are emphasising the importance of developing business models.” He suggested how companies could develop AR projects, such as showing how new cars could be placed virtually into people’s garages.

One other key talk at DIS strove to give the delegates some background on the way technology is shaping consumer behaviour. Andy Brown is CEO of Kantar Media, a research company that provides large sections of the media - including magazine publishers - consumer data and analysis around both paid and earned media.

Andy ran through a series of insights about the way technology is likely to impact on the future of content.

He began by arguing “GDPR is the best thing that has happened to the media in a while. It has cleaned out a lot of bad practice.”

Andy then talked about the state of device consumption pointing out sales of tablets had flatlined as users bought large screen phones instead, and then chose not to upgrade their tablets.

Much of the rest of the presentation examined how subscriptions have become so central to the media - and why people were or weren't prepared to invest in content. Andy highlighted that avoiding ads was one of the reasons why people to choose to pay subscriptions. But in many ways this is nowhere near as important as the quality of the content, or the feeling that they are investing in proper news in an era of change. He suggested that adblocking may have reached a peak, with the vast number of people who would consider using the software having already installed it.

Andy finished his presentation by stressing the importance of third party data to publishers. While acknowledging publishers had fallen in love with first party data, he stressed they also need third party data to be able to contextualise the data they have. “Content is still king,” he argued. “But we need to work out how much people are prepared to pay for it.”