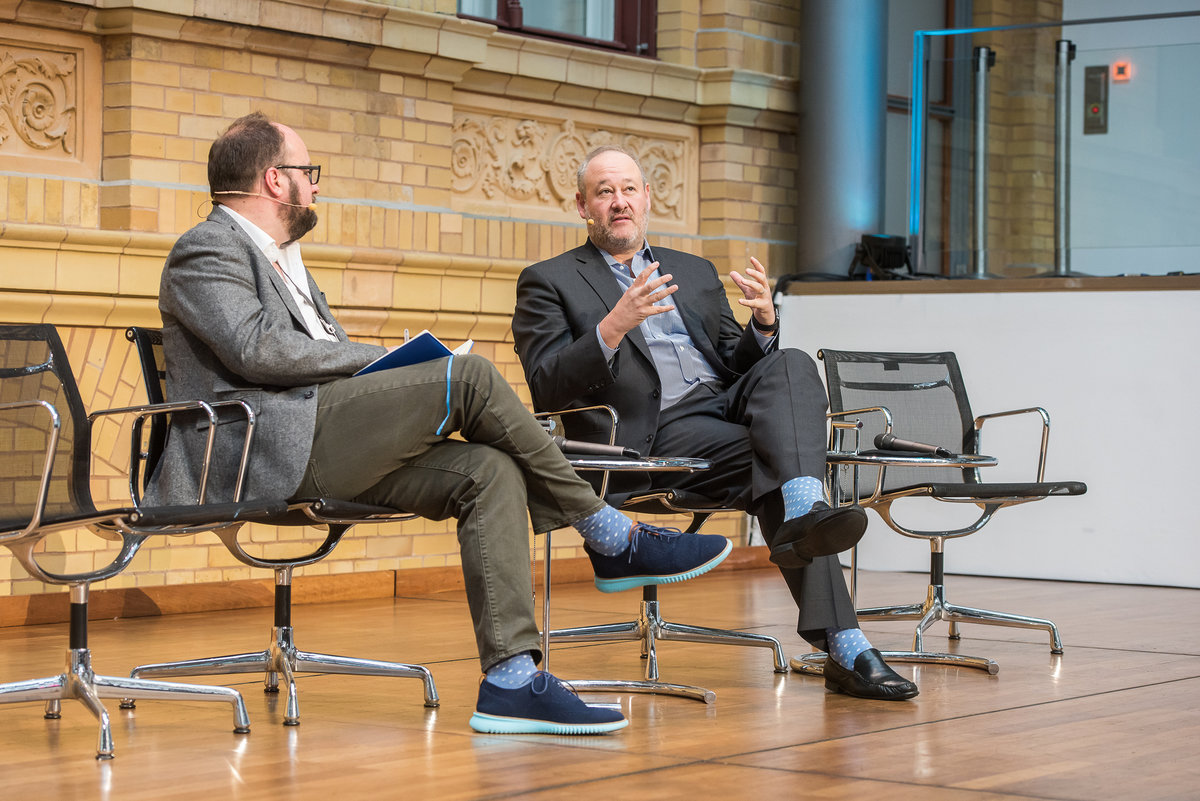 Paid content has been a surprising success for Bloomberg after launching a paywall in May last year. The next target is to double their subscriptions by the end of this year, said Scott Havens, Global Head of Digital and Media Distribution at Bloomberg, USA, during the first day of the Digital Innovators’ Summit in Berlin.

It took media executives at Bloomberg a relatively long time to convince to place their content behind a paywall. In hindsight, they should have done it earlier, explained Scott Havens, Global Head of Digital and Media Distribution at Bloomberg, USA. He was being interviewed by James Hewes, President and CEO of FIPP during the first day of the annual Digital Innovators’ Summit in Berlin, attended by 500 media executives from 40 nations.

Havens, who is responsible for digital platforms, products and distribution strategies at Bloomberg, said they witnessed the huge successes achieved by the Wall Street Journal and Financial Times with monetising subscriptions. This eventually convinced them that it would be the correct decision to build a paywall for Bloomberg content, although - looking back - they should have done this earlier.

“Bloomberg hesitated a bit because we have the largest paywall in the world… Internally there was some unease.” Some of the unease flowed from the fact that the Bloomberg content target market is not that large, made up of global executives and intellectually curious people. “But once they took the step, it proved almost immediately that there is a huge market of global executives and intellectually curious people who wanted this kind of content and were willing to pay for it.”

He said while they were “cautiously optimistic” at the time, actual subscriptions were three times more than projected. “And it was not intentional sandbagging…This year we are going to double the number of our subscribers.”

Now that they have proved that the market is ready for paid content, they are much more confident. “The market is ready for this,” said Havens, emphasising that the numbers are significant and that they plan to reach 100,000 subscribers by the end of this year. “If you take into account that we charge $450 dollars for an annual subscription…this is big money…It is a pity we did not come to this conclusion earlier.”

Havens also responded to questions about the role of large platforms within content distribution. He said the fact that the huge platforms have engulfed most of the space and reach within the digital sphere did stifle innovation in the industry and made it difficult for publishers to distribute content.

He added that those publishers who relied on only one entity, such as Facebook, to achieve content distribution were foolish. “We have never built a business model relying on one entity. Those who have done this are not around anymore."

While acknowledging the fact that platforms needed publishers to create content because they are not good at it themselves, the environment created by platforms is not always conducive to brand building. He warned that social media has unleashed some ugly forces and it is not easy for platforms to control these. “There is a terrible element of racism and hate and all kinds of stuff. It is tough for people, and even robots, to deal with this.”

The upside is that it creates an opportunity for brands to start working more directly with publishers. Another factor that might come as good news for publishers is the possibility of a regulatory breakup of the large platforms. Although nobody could be sure if and when this will happen, he said: “history suggests it might have a positive outcome”.