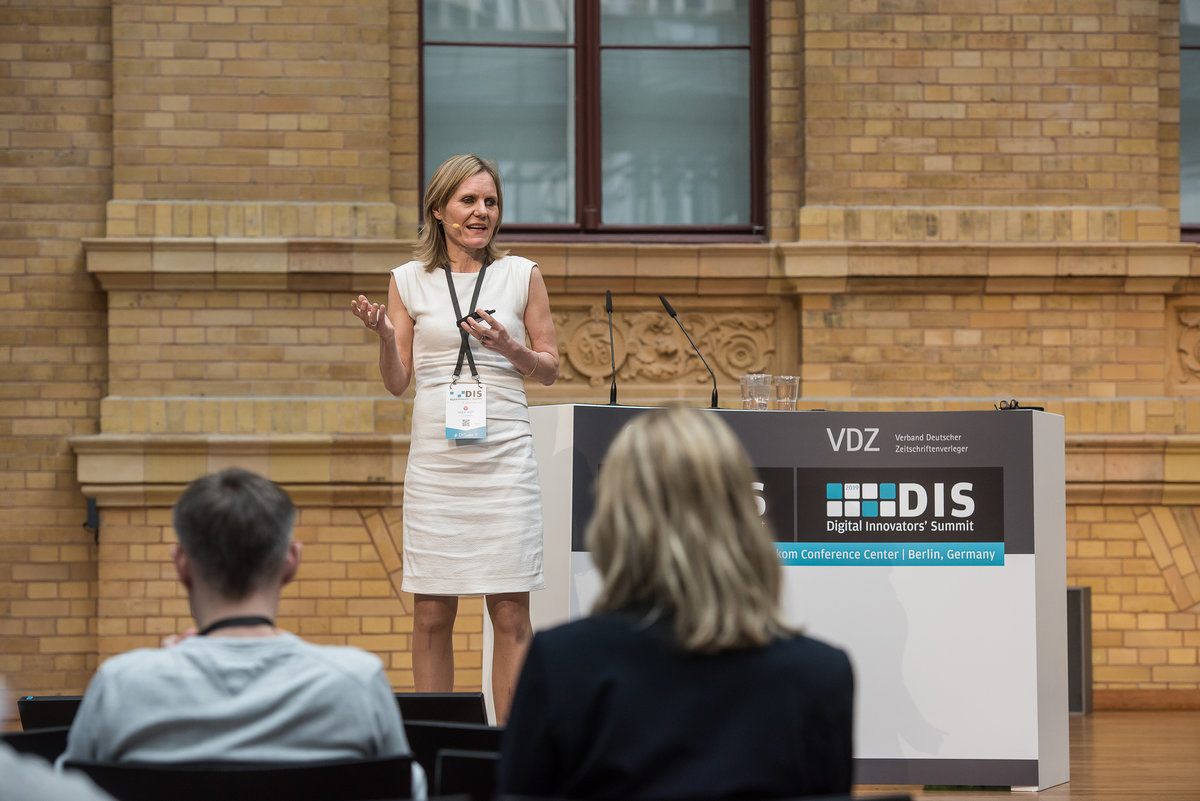 Helje Solberg, Chair at Faktisk, spoke at DIS 2019 about how the six largest media in companies in Norway created a website that challenges fake news.

Helje began her presentation by saying we live in a evolving world. “Change is never going to be as slow as it is today,” she decreed. “Issues such as climate change, immigration, technology, global economics, populism and more mean that the world is going through a significant upheaval.”

“The internet changed the rules in that information became more accessible - which is a good thing - but at the same time we have new platforms, so propaganda emerged,” she said. “Lying is cheap and easy and has few consequences.” She name checked Donald Trump, who The Washington Post argues has made more than 9,000 false claims.

As Helje explained, one of the consequences of this is that people don’t trust the media anymore. So in Norway in 2016 a team of journalists decided to do something about it. They worked in secret in Oslo on a collaborative fact checking project, initiated by the largest media companies, who ironically were competitors. Six months later in 2017, the project, now named Faktisk, was launched and in three months it became one of Norway’s most popular websites.

Faktisk started as an initiative between the largest Norwegian print newspapers, but was soon broadened to includes broadcasters and regional newspapers. Helje adds “Faktisk is independent and non-profit, it fact checks the media, the local media and social media too.”

So far the Faktisk website has published 336 articles on fact checks. It uses a sliding scale of red (false) to green (clean) to deem the authenticity of facts/stories and 40% of stories that have been fact checked so far have been deemed completely false. The website also gives a summary for users who only want the hard facts.

Helje then went on to explain why the large Norwegian media companies chose to work together on the project. She argued that “journalism is under threat, and at the same time we need people and institutions accountable for their statements, responsibilities and actions. We need to build trust. Trust gives credibility to the media and if used smartly can actually help generate a larger audience.

She also explained that trust among the partners is key, everyone needs to be involved generating content such as stats, and they need to have a shared vision and sense of purpose.

As for the logistics of communicating Faktisk’s message Helje believes that the company has a unique distribution model. Its stories run on the website, but are also incorporated into stories in local papers, video, national newspapers and more.

However Helje added that for Faktisk to be successful it requires commitment. “The company gets a 600K euro annual subsidy from its founders and we seek external funding too. Transparency is a keyword for us. We have to be open and honest about what we do and about journalism funding and our work ethics.

“For example, there is a change log that people can view. It is possible to subscribe on a RSS feed to see changes.”

Helje sees Faktisk as part of global movement. She says that there are now 160 global organisations dedicated to fact checking across the globe.

She also see significant opportunities in AI-driven automation which she believes will “make automated fact checking possible, speed up the process and gets more fact checking done”.

“Journalism is changing and not dying, there are dark clouds but we need to move them on,” exhorted Helje.