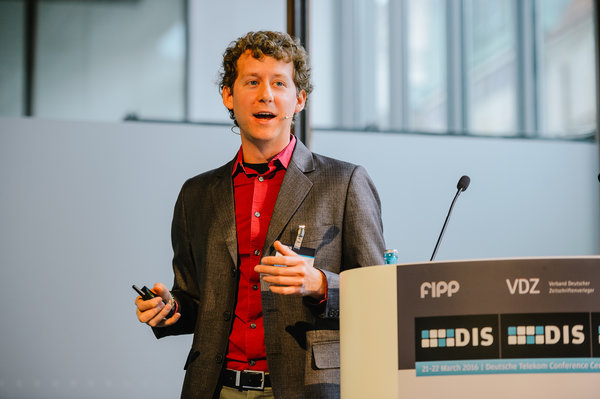 Over the past few years there have been countless excellent examples of the use of drones in journalism. From filming in war ravaged areas through to capturing amazing action sports footage, drones are becoming a key tool for media companies.

One person who has been championing their use longer than most is journalism technologist Ben Kreimer.

One of the key speakers at Digital Innovators' Summit 2016 - for more information about booking your place at DIS 2017, taking place from 19-21 March in Berlin, Germany, click here - Ben outlines why he believes that drones will be around for long time, offers advice on how to start using them, and rounds up some of the best drone sourced footage that's currently online.

Is the concept of drone journalism just hype?

I would say no, it is not just hype. There is a lot of hype, and has been a lot of hype around drones, as well as to some degree drone journalism. But drones are not going away.

I think they are a great tool for journalists to use. They are not going to change journalism, but they're part of a new set of tools that journalists have at their disposal for storytelling.

And I'm talking about 360˚ video and 3D VR, and so basically drones can add a perspective to storytelling that has been out of reach in the past. Anywhere that there is open-air space, a drone can fly. And they can manoeuvre, they can take photographs, they can shoot video, so they do open up a lot of possibilities for storytelling. However they will have limited use-cases based on, "is there an aerial perspective" first of all.

What type of scenarios you think drones will be used in?

Are there any other ways they can be used in journalism besides video?

Absolutely – this has been one of the questions I have been asking since 2012, when I got started working with drones, and drones for journalism. And the first example of what they can do beyond video, and beyond photographs, is using drones to produce 3D models. In other words, 3D reconstructions of buildings, of structures, of landscapes etc. So while you're actually using a drone and taking photographs to do this, in the end you come out with 3D content. This also means you can use drones to produce virtual reality content, either through 360˚ video, or also a full-fledged, 3D VR environment, like a 3D video game.

This process is called photogrammetry. It involves taking photographs in a very specific way, and essentially you turn photographs into 3D content and also into VR content.

Another example that people really haven't been talking about much, if at all, is aerial time-lapse photography. It's still photography, but there's a lot of potential that goes beyond just taking a photograph with a drone, landing it, then publishing that photograph. There are a lot of creative applications for the visual content that the drone can capture.

Also, something that personally I haven't explored this yet, but have been thinking about for a long time, is actually not producing any visuals from the drone. So no 3D, no video, no images, no VR content, but actually flying a sensor around or sensors, and using the drone as a sensor platform. A drone is a vehicle that can travel through space, and it can carry a payload of whatever you want it to carry, so it's not just limited to cameras. It could also be a sensor of some sort, which could gather data during the flight, about the environment.

Is drone journalism all about news journalism? Or are there ways it can work for magazine publishers?

Absolutely. Drones tell a story, and that story can be in more contexts than I can list right now. Beyond magazine journalism and news journalism. Farmers, people working in agriculture are ecstatic about the potential of drones to tell the story of crops using different kinds of cameras that take images at different wavelengths.

So really, a drone can tell a story and that can be investigative journalism, but it doesn't have to be breaking news. There's really no end of storytelling applications for drones.

What advice would you to give to publishers who thinking of experimenting with drone journalism?

After you're clear on the regulations, taken care of any exams and you've been certified as you need to be, next consider what you want to use the drone for? Is it just a novelty, or will it actually add to the story? Will it make the story possible in some way that, without the drone it's not a possible story to tell?

So really consider why you want to use the drone. And then, think about ethics. Does the way that you want to use the drone meet the SPJ code of ethics? Are you following journalism ethics that you would normally follow if you weren't using a drone? In other words, don't do in the air what you wouldn't do on the ground as a storyteller – as a journalist. So consider the SPJ code of ethics and the National Trust Photographers' Association code of ethics. Are you going to use a drone to invade somebody's privacy? Think about all these things, and the ethical implications of what you're going to do.

I do however think every newsroom should have a drone. Even if you're not using it regularly, it's a tool that will, from time to time prove to be useful to have on hand for certain stories.

There are a lot of drones that are relatively inexpensive. For example, the DJI Phantom series of drones are very easy to fly and produce high-quality photographs and videos. So it's a good time to get into the drone space, to buy a system, to try it out, to have somebody in your office experimenting with it.

Everybody who gets into the drone storytelling space, has to spend time playing with the technology, just to see how it works. And in doing so, you will learn not only how the drone operates, but in the process you'll come up with ideas on how the drone can be useful in your newsroom.

So, just having a drone to play around with – literally to play with, and to fly around in a park or in your backyard – is a great way to get started. And you can do that in the US as a hobbyist, in which case you don't need any exemption from the FAA, you don't need a pass; you can just buy a drone, play with it in your own time, get a feel for it and learn how it works. And that's a great way to get started.

What are the regulations governing drone journalism use in the US? Are they the same in other countries?

In a lot of cases, like in the US, people can fly drones for fun if you're not getting paid to use the drone. But the moment that you start doing commercial work, the moment you start doing paid journalism work, that's when you need to be aware of the regulations and make sure that you have all of the certifications you need, and the exemption, if necessary, to fly.

What inspired you to explore the potential of drones?

I basically got into drones because I was very excited about their ability to fly, and to capture unusual, new, different perspectives. Being able to see the world from the air has not always been easy to do. In the past, you needed helicopters, you needed airplanes, or a really, really, really long stick with a camera at the end.

And so I got excited by the potential for using drones as a tool for storytelling. And at the sheer potential of this flying machine that can travel and manoeuvre through space, and unlike any other device that is available.

In addition to journalism I also studied history, and was very interested, in the history of formerly colonised nations. And so a lot of the time that I've spent has been working abroad in countries like Kenya, and India, and using a drone as my tool for documenting stories. I can go out into the world and I can record experiences, record visuals, and bring them back, and share them with people, to give them a sense of "what's going on out in the world?" And the drone's really just become one of my preferred storytelling tools.

Are there any other ways they can be used in journalism besides video? Examples?

Here's a video of what the user sees inside an HTC Vive VR headset while virtually walking around 3D environments I made by processing photographs captured by a drone into 3D models. The process of making 3D content out of image sets is called photogrammetry:

You can see some of the 3D models in your web browser at the link below. Each model can be embedded into a webpage (or Facebook News Feed) like a YouTube video: http://benkreimer.com/aerial-video-photography/antiochia-ad-cragum-aerial-survey/

Also, drone captured photographs can be stitched together in software to create high resolution maps, like the maps you see in Google Maps or Google Earth, but of higher resolution.

Drone 360 video example: Here's a recent drone 360 video I shot on the California coast that shows an apartment building about to fall into the ocean:

Which media brands do you think are doing drone journalism well? Could you give us some examples?

Teton Gravity Research (skiing, snowboarding and other action sports). Drones make it easy to get airborne, so outdoor action sports are a great use for drones:

BBC- They use drones seamlessly in a lot of the news and documentary storytelling. For example, Top Gear often had drone shots. One longer drone example, from early 2015, is the Auschwitz aerial video: http://www.bbc.com/news/world-europe-30953301

The New York Times, and their Greenland piece from last October: http://www.nytimes.com/2015/10/28/insider/a-drones-vantage-point-of-a-melting-greenland.html?_r=0

National Geographic flying demonstrated how a drone is great for accessing an inaccessible place with a drone, by flying it around a volcano:

RT. Flying around Homs. A drone is great for spatial exploration, as demonstrated here: https://www.rt.com/news/329531-rt-exclusive-homs-drone-footage/

And I have to plug my own work!: Last October I co-produced BuzzFeed's first 360-video, about the damage caused by an enormous forest fire north of San Francisco. I didn't fly it, but we used a drone carrying two different 360-degree cameras to descend over some hazardous burned out homes, flying over areas that were too dangerous for us to go. The video has had over 6.2 million views on Facebook:

Registration for the 10th DISummit is now open with our early launch offer saving delegates €600 on final rates. This pre-agenda offer is available until 1 December 2016.