The show started out as The Art of Charm Podcast, which was launched way back in 2006, and went on to become one of the most successful podcasts in the world. However, when “content creation, service, and integrity took a back seat” Jordan decided to go his own way. Charlotte Ricca reports 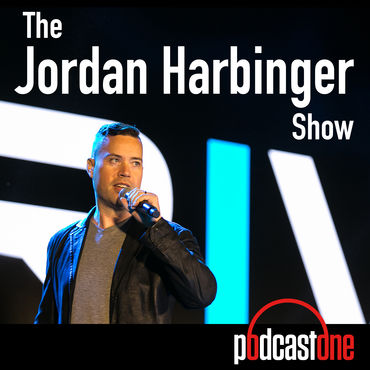 Jordan Harbinger is one of the most successful podcasters on the planet. His podcast of the same name is currently downloaded six million times a month, and nets seven figures per year in advertising revenue. The American lawyer turned social dynamics expert is also a public speaker, networking guru, author, consultant, coach and entrepreneur. Here he explains to Charlotte Ricca why he believes his podcast is so widely listened to, why there are big opportunities for new podcasts to emerge and the growing importance of podcast networks.

The show started out as The Art of Charm Podcast, which was launched way back in 2006, and went on to become one of the most successful podcasts in the world. It features Harbinger interviewing the world's top performers, from all walks of life, who share their strategies, perspectives and insights. However, when “content creation, service, and integrity took a back seat” Jordan decided to go his own way. Following what he thought was an amicable split, Jordan’s former partners filed a lawsuit against him. Not one to be defeated, Jordan picked himself up and relaunched the podcast in 2018, with even greater success.

“I never considered giving up on podcasting,” Harbinger says. “A lot of people said I wouldn’t be able to rebuild my audience, and that I should take a different path. But I was like ‘no thanks’. I am working on being one of the best interviewers in the world and I don’t want to be on another media – podcasting is on an upswing, while others media aren’t."

What’s in it for the listener?

There is no doubt The Jordan Harbinger Show is riding high on podcasting's current success. However, he created a huge and loyal following long before podcasting became a premium platform. So what’s the secret of his success – aside from his naked ambition?

“My podcast was never about becoming an influencer, or making money, it’s always been about offering value to my audience,” he states. “All you have to think about is: what’s in it for the listener? It’s the only thing that really matters. I think of the listener as my client and I do what’s in their best interest.

“But it took me a while to work how I could get the best out of my interviews. Seven years into The Art of Charm I interviewed the well-known author Robert Green. I didn’t want to look dumb, so I read all his books again and studied for hours. After, he said what a good interview it was, and I was so stoked I thought, what if I spend 20 hours preparing for every guest? And now that’s what I do for all my podcasts.”

It’s this attention to detail and commitment to creating great content that has maintained loyal listeners and kept Jordan at the top of the iTunes chart for 13 years. Because loyal listeners become loyal advocates.

“The venture capital firm Andreessen Horowitz said there are two key ingredients to podcast distribution: word of mouth and social media,” explains Harbinger. “But people will only share stuff if it’s any good.”

“Podcasts are a democracy because anyone can make one, but they are also a meritocracy, because if it sucks and you can’t reach an audience you will not succeed.”

Harbinger learnt many years ago how to make the most of his talents and create something that doesn’t “suck”. At law school he started coaching people on how to date and network, which led to his first foray into podcasting with The PickUp Podcast. Then, when a Wall Street firm laid him off during the 2007 financial crisis, he started focusing full-time on his coaching business and The Art of Charm.

It’s this ability to adapt and evolve that Harbinger says media people in general and book publishers in particular, could learn from.

“Book publishers need to stop making decisions by committee and realise every time they fight going digital they are going to lose,” says Harbinger. “You can spot trends such as e-books and audio books, but in order to get ahead of it you have to embrace it.

“They need to hire people that are digital facing, instead of those that yearn for days when print was important. I get it, you love books, but it’s not the medium that matters, it’s the information. These people that are addicted to the medium of flipping paper pages, and you end up with this massive, inefficient, bloated behemoth. It’s only now they seem to finally understand that audio and digital books are a real thing."

Podcasting is another content platform that many books, and indeed magazine publishers have been late to embrace. But with recent investment from the likes of Spotify, its growing popularity makes it hard to ignore. There is no doubt 2019 has been a great year for podcasting. According to Edison Research audiences are at an all time high, with an estimated 32% of American’s listening to podcasts every month. While Ofcom reported in September 2018 there are six million Brits downloading podcasts every week. However, with around 700,00 podcasts already out there, have we reached saturation point?

Absolutely not, says Harbinger. “There is so much blue ocean, it’s just a case of waiting for the right people to create the right shows. My advice? Pick what you’re expert at – not what you think people want to hear.”

Harbinger also advises against making a podcast just because everyone else is doing it. An audience will always recognise a product that is an advertising vehicle for a business, rather than a form of entertainment or information for the audience.

“Think of it from a restaurant perspective,” explains Harbinger. “If you are a successful seafood restaurant, you might think, ‘what’s popular right now? Vegan shrimp!’ So the chef says he has frozen ones, which are disgusting, but you put them on the menu. This is what so many businesses are doing with podcasts. They are serving up a shit product in order to meet demand.”

Harbinger comes up with all the ideas for guests himself, based on what is he interested in and who inspires him. He then spends up to 20 hours preparing for every show. And there are a lot of shows.

“I love what I do and I have the energy and system in place to crank out 12 good shows a month,” he says. “But you don't need that many – there are tons of companies that make 12 shows a year.”

Harbinger’s ‘system’ involves a large production and marketing team, which costs around $30,000 per month to run, although this also includes his wages. It sounds pretty pricey, but as he points out, it’s a fraction of the cost of TV talks shows, which The Jordan Harbinger Show is often compared to.

“The comedian Bill Maher gets around 1.3m viewers a week for his Real Time show on HBO, which is around the same as me,” says Harbinger. “But the overheads for that show are massive – to produce one episode cost millions of dollars. We are an advertiser's dream.”

“Podcasting is not a gold rush, so you can’t go into it wanting to make money,” states Harbinger. “Yes, we are netting seven figures, so there is money to be made, but we are in 0.1% of podcasts in the world, in terms of downloads. Plus, networks take up to 50% of gross advertising revenues.”

Harbinger continues to craft his technique and polish his performance – and he admits speaking to the most successful people in the world has helped him achieve this. So what’s the key thing he has learnt from his own podcast?

“The biggest thing I’ve learnt from my guests is to help other people without expectations of getting anything in return,” he says. “Everyone I know who is super successful do this. They help tons of people and don’t think, ‘what do I get from this person?’ Which is why I help tons of people every day and I don't worry if they don’t help me back.”

To find out more about Jordan Harbinger and listen to his podcast visit https://www.jordanharbinger.com/. You can also listen to sign up to his free Six-Minute Networking course.