With Watch, Facebook is seeking to break into new areas, establishing itself as an alternative to Netflix, YouTube Premium, Amazon Prime and other longform channels in showcasing new and bespoke content 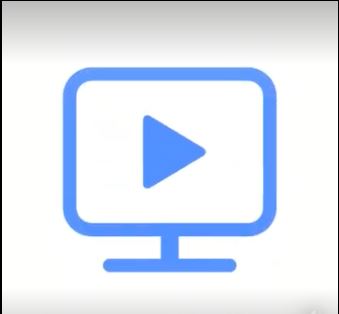 A year after its launch Facebook is finally rolling out its new video service, Facebook Watch, across the globe. Yet its expansion arrives an intriguing time for the video market. There are the first signs that the hegemony enjoyed by YouTube for nigh on a decade is now potentially under threat, not just from Facebook, but from multiple rival platforms.

With Watch, Facebook is seeking to break into new areas, establishing itself as an alternative to Netflix, YouTube Premium, Amazon Prime and other longform channels in showcasing new and bespoke content.

***Interested in media and related innovation? FIPP and VDZ’s 12th DIS (Digital Innovators’ Summit) takes place from 25-26 March 2019 in Berlin, Germany. Sign up now with our launch offer to save €800 per person on tickets. Offer ends very soon!***

Facebook Watch has also courted US publishers in the past year with Vice, Business Insider, Refinery29, Buzzfeed and others creating their own content for the platform. The company now plans to open up its advertising programme, which was previously US based and invitation-only, so that any content creators which meet its criteria - (ie have videos lasting longer than three minutes, have attracted more than 30,000 viewers and boast more than 10,000 followers) - can introduce ads, such as pre and mid rolls, into their content. The initial launch of the ad programme is however limited to the UK, Ireland, Australia and New Zealand. The revenue split is 55% for the publishers and 45% to Facebook.

Over the past year Facebook has been experimenting with the platform continually adding new features. Among the most innovative are participatory viewing experiences like Watch Parties, which enable Facebook Groups to host shared video streaming sessions. Everyone in the group is able to see/comment on the same videos at the same time. There have also been premieres, trivia quizzes and the introduction of smart discovery tools which enable users to customise feeds of videos from Facebook pages they follow.

The company has also announced the launch of a Creator Studio for the platform which companies can use to manage their content library. It includes insights into performance, details of interactions and advertising data.

Battle of the video platforms

The launch of Facebook Watch globally comes at a time when several of the companies’ rivals are investing heavily in promoting their own video platforms to publishers and brands. Instagram launched its IGTV platform a few months ago and has already attracted the BBC, The Daily Mail and The Economist.

Several publishers, most notably BuzzFeed, have also been experimenting with Twitch, the Amazon-owned video platform which is starting to move beyond its core gamer-based audience.

At the same time new platforms that are decentralised and built on the blockchain are starting to emerge. The most high profile is DTube, which is a partner of the blockchain based social network Steemit. As DTube is decentralised content uploaded to the platform cannot be altered in any way or deleted. This has made it very appealing to content creators who have fallen foul of regulations on other platforms, and are seeking a new censorship-free video portal. DTube has also replaced advertising with a token based system where audiences can reward content creators.

The most interesting part of Facebook’s play to publishers centres around whether Watch will emerge as a significant revenue source for their video content. Up until recently the jury has been out in the US on whether the platform has delivered for media companies.

Digiday has previously reported that publishers in the U.S. have needed to get a least more than a billion monthly views to make meaningful revenue, which for non-US based publishers could present quite a challenge.

For US companies there is also the fear that that by opening the advertising platforms to other territories the CPMs that Facebook is currently achieving might start to drop.

Ultimately there is a serious land grab for both premium and general video content. Facebook Watch is targeting deals with studios, production companies and sports organisations in the same way that Amazon and Netflix both have. The platforms however need a solid bedrock of high quality content, which is even more valuable if it is episodic, and this is where magazine brands and media companies for the moment hold some interesting cards.

***Remember to join us for FIPP and VDZ’s 12th DIS (Digital Innovators’ Summit), taking place from 25-26 March 2019 in Berlin, Germany. Sign up now with our launch offer to save €800 per person on tickets. Offer ends very soon!***