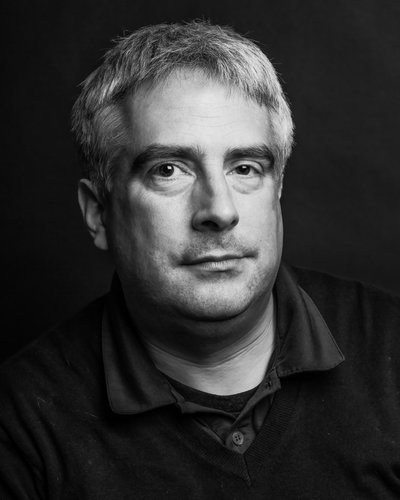 For several years now publishers have been courting social media platforms, seeing them as a key source of traffic. There are now however signs that the once symbiotic relationship between them is coming under a great deal of pressure. At one level the nature and the amount of traffic social delivers to mainstream media is evolving. Further, in the wake of a turbulent year in politics, social platforms are beginning to wonder whether sharing of news links might ultimately prove to be more trouble than it is worth.

Adam Tinworth has been tracking the intersection of media and social for the best part of a decade. Firstly working for Reed International, and then as a consultant and a Visiting Lecturer at City University London, where he teaches social media, community management, content strategy and multimedia skills to MA students.

We asked him how he thinks mainstream publishers relationships with social platforms are likely to evolve in the coming months, what are the limitations of native advertising and whether ‘social influencers’ are a friend or foe of publishers?

How do you think mainstream publishers relationships with Facebook is likely to evolve in the next 12 months - what are the key issues they are likely to face?

The key issue is that Facebook doesn’t really need us, and may be in the process of deciding that we’re more trouble than we’re worth.

For a year or so now Facebook has been worried by what they describe internally as “context collapse” – a decrease in personal sharing, and an uptick in news/article sharing. That’s troubling, because a feed of news is more easily replicated, and supplanted, than a feed of updates about people you care about.

With the fake news problem bringing Facebook under political pressure across much of the world, the experiment with separate friends’ updates and news stories they’ve been conducting looks like, at best, a shot across the bows of the industry, and at worse, the beginning of a traffic apocalypse.

The key issue that publishers face is one that they should have focused on 10 years ago, rather than handing it off to Facebook: developing direct relationships with their readers, not just allowing it all to be mediated through algorithm-driven services.

Do you think publishers are handling Facebook's ever growing range of video opportunities well?

Nope, but they’re getting better.

Live video was largely a long, slow cock-up, where all the lessons of live TV were forgotten, and the fact that it is, by nature, a time-inefficient format in an attention-poor age forgotten. And it was frankly embarrassing seeing great swathes of the publishing industry asking “how high?” when Zuckerberg asked them to jump.

The emergence of social video - 60 seconds and under, heavily captioned, designed to be watched silently - has been somewhat better handled. Places like Mail Online made hay while the early adopter sun shined (full disclosure: the initial staff of their social video team were all former students on the City Interactive Journalism MA, which I teach on. They’ve all moved on since…), but other publishers have been slower to catch up. It’s a relatively easy format to experiment with, as you can produce a good video in two to three hours, and you get rich analytics from Facebook that allow you to get better and better at holding people’s attention. From there you can iterate quickly - and you can do serious stories with it, despite the received wisdom that it’s only for fluff. Your just have to be realistic about the relative potential audiences.

Places like The Economist are now exploring more serious forms of storytelling with it (again, a former student, Elise Johnson, is a big part of that).

Is Twitter still a key network for publishers? Or has its importance passed?

As an audience acquisition platform, Twitter has always been massively over-rated. Traffic from it has been significantly lower than Facebook, or even Pinterest, especially for consumer publishers. Journalists are obsessed by Twitter because it suits them - fast, newsy, time-sensitive, but it’s nowhere near as mainstream as other sites.

It’s great for research - and for certain forms of user-generated, eyewitness media - but I’d take issue with the implicit idea that Twitter was ever a key network for publishers.

Which publishers do you think are harnessing Snapchat and Instagram in interesting and effective ways? What can other publishers learn from them?

I think places like The Economist (again) and the WSJ are doing good stuff, simply because their focus hasn’t been on the here and now, but on building an emotional relationship with readers that they hope to see pay off down the line - possibly as far as years down the line.

Making the most of social media is understanding what it’s good for, and that’s more than just clicks.

Is Medium's paywall a glimpse of the future? Do you think it was the right move for the network?

It’s about the closest we’ve seen to a Spotify model for written content - and given Ev’s rejection of advertising as a model - it was about the only way to go. It’s a nice idea - a small monthly fee gives access to a wide range of content, from which writers are paid based on engagement. The one piece I did there behind the paywall paid for my year’s membership with enough to spare for a nice meal. And the potential of that piece was limited because they made the decision to make pieces about Medium ineligible to be behind the paywall…

Yes, but anyone who thought that there was going to be a single, simple solution to online monetisation was, to use a technical term, a bozo. The most successful businesses are developing multiple revenue streams around an understanding of what their core value proposition actually is  - “Give us three hours a week, and we’ll help you understand the world”, “we provide the information you need to do your job better”, “we bring together the enthusiastic in this field to share and learn from each other” - and then find ways to express that in revenue-generating forms.

Native advertising was never going to be the one-and-only solution, just as paywalls were never the revenue messiah many hoped they would be. Programmatic ads are, at their best, a great way of generating revenue off niche audiences – now if only advertisers would get a little more clued up…

Are the latest Apple iPhone announcements of any consequence for publishers? Is AR an opportunity?

It’s still very early doors for this stuff. Apple has added the technology, but then other people need to start building the tools to take advantage of it, and then we need to see how the public take-up of it goes. Some effects can be compelling, and certainly my two-year old loves feeding her AR Very Hungry Caterpillar as it wriggles across the living room floor.

But as we’ve seen with VR, sometimes the expectation outpaces the reality. We’ve seen a major VR games developer pull out of the market this week, for example.

So: watching brief. Start thinking about what value AR could bring to your community – and be aware the answer may be “none” – but if there is an answer, and a job and AR-driven app could do for your readers, than start exploring the possibilities.

How useful are Instagram influencers to publishers? Is there any real long term value for them?

They’re not useful. They’re the competition. And the sooner publishers figure that out, the better.

How do you imagine that your current group of students will change the media in years to come?

I hope that they’ll change media by not getting sucked into the reflexive habits of print media. We’re still struggling as an industry to get to grips with solid ideas around analytics, digital content strategy and audience engagement approaches, and we too easily fall back to doing what we did in print, but on screens instead.

In other words, I hope they’ll continue to change media by continuing to learn as their careers, and not being afraid to experiment with new technologies as they emerge. The pace of change is picking up, not slowing down. And being adaptable, while maintain a tight focus on the values of good journalism, is what they need to develop.

You can keep an eye on them, if you like…

***Registration for DIS 2018 (19-20 March in Berlin) is now available. Save hundreds of euros on the registration price when you sign up before 1 December 2017. Secure your place here***

***Have a story to tell? Contact Cobus Heyl at cobus[at]fipp.com with speaker proposals for 2018. Include a brief description of the topic, why it is innovative and relative to our audience of top media people, and the name and brief biography of the proposed speaker. Media such as videos of previous presentations are also welcome***