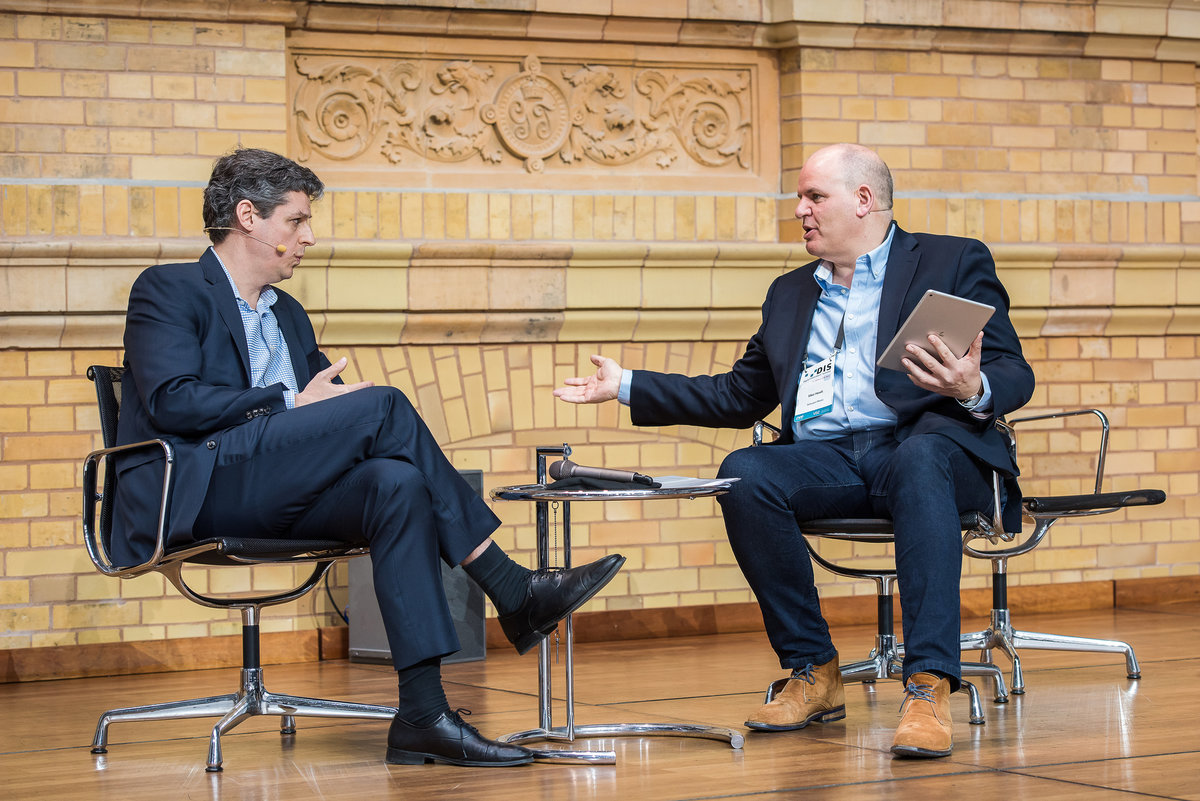 At a live event on Monday afternoon, Apple launched its USD$9.99 per month news and magazine subscription platform, something like a Spotify for magazines. An important launch partner is The Wall Street Journal, one of only two major publications to sign on to the new subscription platform.

Reacting to the news, Mike Hewitt, MD, Adaugeo Media and moderator at the Digital Innovators’ Summit (DIS) in Berlin asked 500 media executives from 40 countries during a morning session if they supported the initiative with a show of hands. Not a single one did.

Jason Kint, CEO at Digital Content Next in the US, speaking at DIS said the economics of the deal (publishers will reportedly be paid only half of the subscription fee) is “absolutely absurd”. Earlier he said "there is a significant concern around how platforms are squeezing the oxygen out of the media ecosystem."

The Apple launch event, which was held at Apple's Steve Jobs Theater in Cupertino, California, also unveiled streaming video service Apple TV+, video game subscriptions called Apple Arcade, and the company announced it was moving into the financial services space with its own credit card called Apple Card, in partnership with Goldman Sachs.

Apple News+, is a subscription platform based off Apple's acquisition of Texture, a content service from publishers including Hearst, Meredith, Condé Nast, and others. (Originally, Texture was a digital magazine app launched in 2012, that allowed users to read over 100 magazines for a monthly fee.) Calling it an "immersive magazine and news reading experience," the new Apple News+ brings together around 300 magazines, from publishers including (but not limited to) Meredith, Condé Nast and Hearst, with titles including Vogue, Popular Science, People and Elle.

Notably, the The New York Times declined the offer to get on board. It charges $15 per month for access to its stories on its own platform.

In a release, Tom Harty, president and CEO of Meredith, said, “Apple News+ validates the power of premium content from great and trusted brands, and being a part of it makes good business sense.”

Bob Sauerberg, president and CEO of Condé Nast, was also quoted in the release, saying: “We’re constantly innovating how we connect with our audiences and bring them the content they crave on the platforms they use every day."

Starting in the US and Canada on Monday, Apple News+ will aggregate content from magazine media brands including The Atlantic, Better Homes & Gardens, Bon Appétit, Condé Nast Traveler, as well as news media like The Wall Street Journal, Los Angeles Times and online publications such as the Skimm and New York Magazine’s Vulture. Canadians will also be able to get daily newspaper The Toronto Star.

The news subscription platform will provide publishers with expanded reach, offering journalism and high-quality content to millions of readers and viewers around the world. Apple News will be rolled out to Europe and Australia later this year, via updates to iOS devices.

"Like many of you, I love the feeling of being at the newsstand, with all of those magazines covering so many topics. We want them all, we might only be able to get one or two, but what if we could have them all? Today, we're going to do just that. We're bringing magazines to Apple News," Apple CEO Tim Cook said at the live event. "All of these magazines come to life in a new service that we call Apple News+ ...This is going to take Apple News to a whole new level."

However, some publishers have had concerns even before the launch because of the rumours that Apple wanted to keep half of the $9.99 USD ($12.99 in Canada) monthly fee, "with the remainder being distributed to publishers offering their content to the service based on the amount of time users are engaged with their articles," FIPP's Piet van Niekerk wrote in February.

Apple did not reveal specifics of the revenue split at the unveiling. It is a fact, however, that many will be paid less for content within the new deal. For example, The Wall Street Journal charges $39 a month for its content on its own platform.

Earlier Shira Ovide asked in a column for Bloomberg: "If the Wall Street Journal is part of Apple’s news bundle and also sells its own subscriptions through its iPhone apps, will Apple subtly nudge people to buy its subscription that includes the Journal, rather than the stand-alone Journal subscription?”

AppleInsider.com reports that the WSJ has agreed to only share a selection of self-curated content with News+ subscribers.

The website quotes William Lewis, publisher of The Wall Street Journal who said they are going to make sure the Apple News product is a wonderful product people feel comfortable investing in, but that the Wall Street Journal’s editor Matt Murray will be in charge of dictating what content makes it onto Apple's service. Lewis guesses the selection will be a mix of general, political and sports stories.

It's early days yet, and given Texture's performance, we'll be watching Apple's attempt to become the world's digital newsstand.