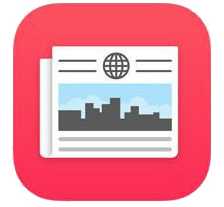 Six months after its US launch Apple’s digital news and magazine subscription service, Apple News+, has arrived in the UK. The new service gives users access to more than 150 publications for a single monthly fee. The move, an attempt to build a Spotify or Netflix for magazine/newspaper content, includes access to publications such as The Times and The Sunday Times, Cosmopolitan UK, Elle UK, Esquire UK, FourFourTwo, Empire and Hello! as well as a number of US magazines and newspapers.

Apple is offering potential subscribers a free monthly trial before the standard £9.99 a month fee kicks in. The service is an extension of the existing Apple News app, which provides a free round-up of news articles for users.

“The quality of the journalism, the beautiful photography, the stunning live covers and custom-designed articles in this collection are second to none.

“We think readers in the UK will be delighted with the offering, and we are proud to support the work of our newest publisher partners.”

The move hasn't however impressed everyone in the publishing industry. At the DIS conference in Berlin in March Mike Hewitt, MD, Adaugeo Media asked 500 media executives from 40 countries during a morning session if they supported the initiative with a show of hands. Not a single one did.

Jason Kint, CEO at Digital Content Next in the US, speaking at DIS said the economics of the deal (publishers are reportedly paid only half of the subscription fee) is “absolutely absurd”. Earlier he said "there is a significant concern around how platforms are squeezing the oxygen out of the media ecosystem."

Some other publishers they see Apple’s move as encroaching on their own subscription based offerings. It is significant that neither The New York Times or The Daily Telegraph, both of which operate a subscription based system, are part of the package.

A Business Insider article earlier in the year highlighted teething problems and reported that some media companies claimed that they were only receiving around a twentieth of the revenue that Apple had promised.